How I Became a Comic Artist 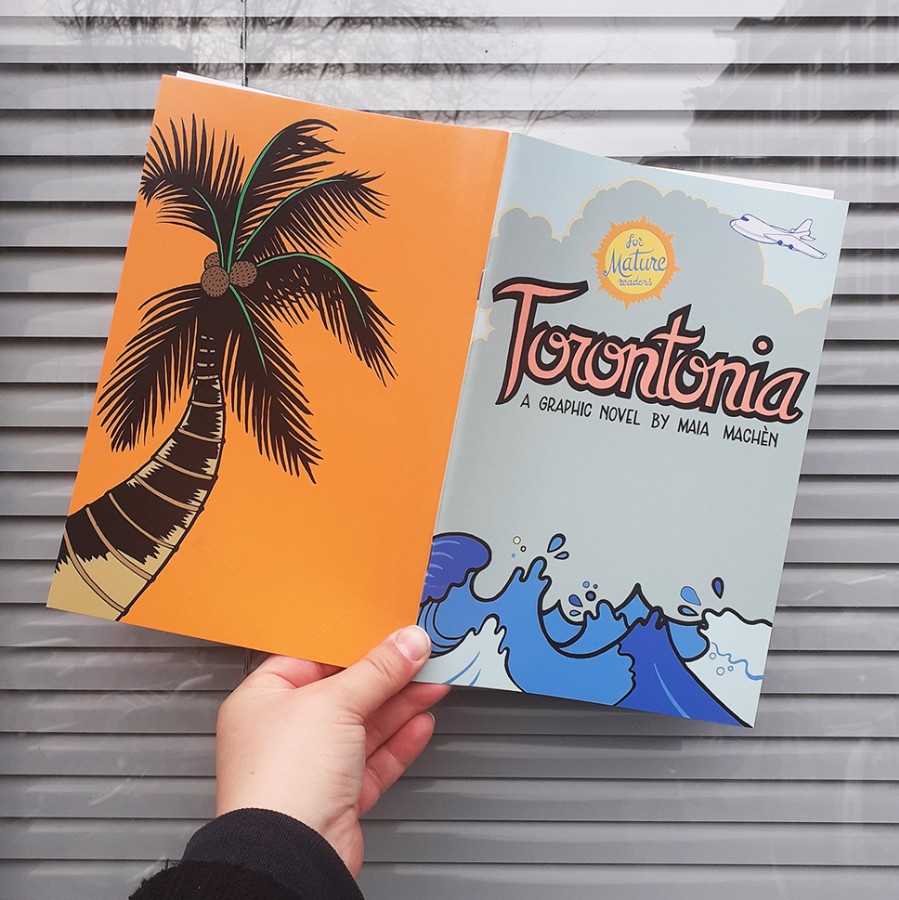 Over the summer of 2021, I was asked to fill 8-pages for a family-friendly comic anthology. I rose to the challenge and decided to write a story that would hopefully inspire young cartoonists to create their own DIY comic book.

How I Became a Comic Artist chronicles the events which proceeded the launch of my self-published debut Torontonia, released in 2007 (before Instagram was invented!). At the time, I toured the Dutch comic conventions promoting my new comic, often sharing a table with graphic designer Wouter Gresnigt. As two of the few small press vendors, we didn't drum up a lot of business but that didn't deter us at all in our mission to be recognised as bona fide comic artists!

Torontonia received positive remarks and constructive criticism from artists Aimée Terburg and Chester Brown. Open the tabs below to read the full articles.

"The book is autobiographical, with surrealistic elements focusing on her experiences in the Netherlands. Trouble in love, living situations and expectations in friendship are the subjects of the day.

The island Torontonia symbolises her state of mind. Down in the dumps after the break up with Fredrick, she finds herself on the island for the first time. It's the tumbling from one panel to the next that rings her to the island. Maia distances herself there to lick her wounds. The island is a free ticket from doubt, guilt and loneliness. The many jokes that appear in the drawings turn her self-hate to self-mockery.

The story jumps back and forth from the island and therefore the storyline is unclear. The commentary jokes reflect Maia's emotions but acts only to take the reader out of the actual story. It was a little chaotic, a collection of intense or striking moments from her diary, and that's not enough for a full-bodied story that touches the audience. I wouldn't call Torontonia a graphic novel... even though it's written on the cover!

At the back of the book you'll find a text stating that the book is based on real experiences and has been dramatised to benefit the story. That says a lot of Maia, who freely admits to something that many comic artists suppress - the prerogative to shape the story, deciding how to reach the reader. These are important themes that Maia could have taken better care of when developing her style.

In this case, it's a good debut and, in my opinion, anyone who initiates their own comic deserves an enthusiastic response. But a few marginal remarks can't hurt and that's not taking away from the obvious pleasure Maia experienced while creating this book."

Aimée Terburg is a muralist, artist & transports artwork as a side-hustle. She is based in Groningen, the Netherlands.

A personal message from Chester Brown

Hi Maia, I enjoyed Torontonia it was an easy and pleasant read and you're utilising the comics "language" with confidence and assurance. That said, there are a few things I would criticise.

I didn't think the Torontonia island metaphor really worked. It seemed to start off as a desert island symbolising your isolation from those around you, but fiction and non-fiction collide here which is why I wonder if the island metaphor is really necessary.

You should work harder to keep your characters recognisable. In each drawing of Fredrick, he looks like a completely different person, and often you draw yourself with black hair while other times it looks like you're a blonde. Keeping the characters consistent from panel to panel is one of the most difficult things for cartoonists, but it's important.

It looks like you are trying to vary the thickness of your lines, which is good, but you have to learn some constraint. You should have used a higher resolution to scan the artwork, the lines have a digitalised look to them.

I hope that all that criticism hasn't got you down because there's a lot that you're doing right. Keeping a reader interested for 32-pages is not easy, but you did it. You did keep a good balance between words and images by not overloading panels with words. And you've frequently let images alone tell the story, that shows a good understanding of how comics work.

Best of luck in all your creative endeavours,

Chester Brown is a well-known Canadian cartoonist who has written & drawn many books, including Louis Riel: A Comic-Strip Biography (2003) and Paying for It: A Comic-Strip Memoir About Being a John (2011).

How I Became a Comic Artist was first published in the softcover anthology Megillah, and later released on the Belgium website Pulp de Luxe. The comic has essentially two versions with a slight but distinctive alteration on page 1! Have you spotted the difference yet??

Pulp de Luxe recently published a nice interview (in Dutch!) where I talk about the comics that inspire me, my work as City Illustrator and what it means to be "underground".

How I Became a Comic Artist © Maia Matches